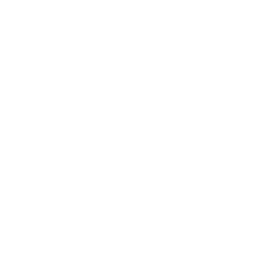 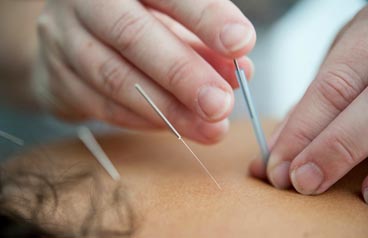 Acupuncture has been used extensively for thousands of years to help eliminate stress and pain resulting from trauma or injury. Today, practitioners use strategies to help with very specific women’s health issues like irregular menstrual cycle, painful menstruation, and PMS. In this article, we will explore acupuncture benefits for menstrual period regulation, painful menstruation, PMS, etc.

Acupuncture can help to restore regular periods in women who are suffering from irregular or absent periods. Regulating the menstrual cycle is also beneficial to women who suffer from polycystic ovarian syndrome and might have irregular ovulation.

a. Acupuncture Research on Irregular and Painful Menstruation and PMS

Here is a complete breakdown of what research says about irregular and painful menstruation as well as PMS.

Acupuncture might improve the menstrual frequency of women suffering from the polycystic ovarian syndrome.

In addition, irregular menstrual periods or amenorrhea might increase endometrial proliferation, which is associated with potentially premalignant disorders. Thus, using acupuncture can work as an alternative means for women experiencing PCOS who don’t wish to get pregnant and only want to improve their symptoms. (Jing Zhou, 2017)

According to a report published in the journal Human Reproduction Update, period pain, also known as dysmenorrhea, is a condition that affects up to 95 percent of menstruating women.

A study conducted by Australian researchers investigates the effectiveness of acupuncture treatments in alleviating menstrual pain. The study was conducted by Dr. Mike Armour of the National Institute of Complementary Medicine (NICM) at Western Sydney University in Australia, and his colleagues from the Department of Obstetrics and Gynaecology at the University of Auckland, also in Australia.

Through their research, they discovered that acupuncture lowered menstrual pain duration and intensity after three months of the treatment, and the effects lasted for up to 12 months. (Hannah G. Dahlen, 2017)

Another study found evidence of benefit from acupuncture in the follow-up period, with a reduction in the duration of pain and less need for pain relief. (Caroline A. Smith, 2011)

The primary cause for PMS is not known. However, it is influenced by fluctuations of hormones in the brain. Acupuncture can modify the brain’s mood chemistry, increasing endorphins and lowering serotonin levels, which are helpful in overcoming negative emotional states.

Another study stated inflammation to be a possible cause of PMS symptoms, including breast tenderness, bloating, and mood swings. It revealed that due to acupunctures posited anti-inflammatory effects, there was a significant improvement in PMS-related symptoms, particularly mood changes.

The usual length of a woman’s menstrual cycle is 28 days. However, this differs from woman to woman. Irregular menstruation is when the length of the cycle is longer than 35 days or if the duration varies.

Some discomfort, pain, and cramping during the menstrual period is normal. However, excessive pain that makes you miss school or work is not.

Painful menstruation is also known as dysmenorrhea. There are two kinds of dysmenorrhea – primary and secondary.

Primary dysmenorrhea occurs in women who experience pain during and before menstruation. If you have had normal periods that get painful later in life, it can be secondary dysmenorrhea.

PMS is a combination of emotional and physical symptoms that many women experience after ovulation and before the start of their period.

Several factors increase the likelihood of irregular menstruation. Most of them are related to the production of hormones, specifically progesterone and estrogen, that regulate the cycle.

During the puberty stage, the body experiences significant changes. It can take multiple years for the progesterone and estrogen to balance, and irregular periods are quite common at this time.

Prior to menopause, women usually suffer from irregular periods, and the blood flow might vary.

Lastly, contraceptives can also lead to irregular bleeding. An IUD might cause heavy bleeding, while the contraceptive pill can result in spotting between cycles.

Painful menstruation can be caused by underlying medical conditions, including:

The exact cause of PMS is unknown. However, numerous factors might contribute to the condition –

Traditional Chinese medicine has centuries of experience in treating most kinds of irregular menstruation with herbal medicine along with acupuncture.

In traditional Chinese medicine, dysmenorrhea refers to recurrent lumbosacral or abdominal pain experienced before, after, or during menstruation.

Traditional Chinese medicine believes that PMS is mainly caused by stagnation of liver qi, which consequently leads to a periodic flush of abundant blood in the conception vessel (Ren Mai) and thoroughfare vessel (Chong Mai).

At the American College of Acupuncture & Oriental Medicine (ACAOM) Main Clinic,, we offer the best treatments in traditional Chinese medicine to women with irregular menstruation periods, painful periods, and PMS. Book a consultation today by dialing 713-780-9786.  Acupuncture is also offered at all ACAOM at Houston Methodist Hospital locations at 713-441-5980.

Hannah G. Dahlen, X. Z. (2017). The role of treatment timing and mode of stimulation in the treatment of primary dysmenorrhea with acupuncture: An exploratory randomised controlled trial. PLOS ONE.